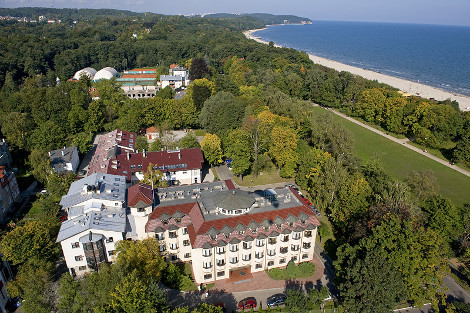 IO PAN is a research institute which main scientific interests include marine physics, chemistry, biology and ecology. The history of IOPAN existence reaches 60 years and include many scientific achievements. IOPAN successfully creates international cooperation in several regions such as Baltic Sea, North Sea and Arctic Ocean. The mission of the Institute of Oceanology PAN is to seek, understand, and communicate the scientific understanding of the marine environment and the issues related to its protection and sustainable use. IO PAN scientists and engineers achieve this by carrying out innovative, high-level scientific and technological research that further enhances our understanding of the environment, and provides expertise and new technologies which are then shared with the broader public and interested parties from the public and private sector. IOPANs studies are mainly financed by Ministry of Science and Higher Education ( in relation to A+ class) and include:

In recent years IOPAN become a partner in several national and international scientific consortiums which main aims are focused on research, exploration and exploitation of the marine environment. IOPAN is not only a leader in many scientific projects but also a creator of new technologies used in the Baltic Sea region such as renewable energy.

The Institute of Oceanology, as part of the Centre for Polar Studies, has been awarded the title of a Leading National Research Centre (KNOW) in the field of Earth Sciences for the years 2014-2018 by the Ministry of Science and Higher Education.

WaterPuck is financed by the National Centre for Research and Development within BIOSTRATEG III Programme "Natural environment, agriculture and forestry" devoted to the Problem Area I "Rational management of natural resources with special regard to water management".Project leader: Prof. Lidia Dzierzbicka-Głowacka, Physical Oceanography Department, Institute of Oceanology, Polish Academy of Sciences (dzierzb@iopan.gda.pl)