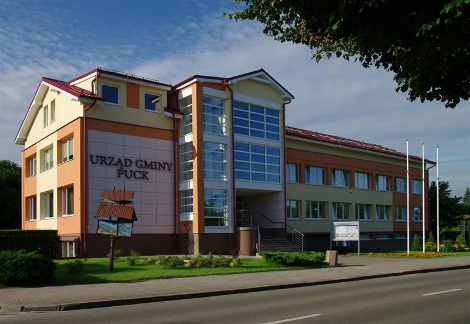 Municipality of Puck (GP) is one of the largest municipalities in Pomeranian Voivodeship situated in the northern part of Poland close to the Puck Bay. It is adjacent to the Municipality of Krokowa and Kosakowo and bordering the Urban Municipality of Puck, Władysławowo, Reda, Rumia and Wejherowo. Municipality of Puck has the total area of 23721 ha. It is typically agricultural municipality with rich historical and agricultural tradition with an increasingly growing tourism and agro-tourism. The use structure is dominated by agricultural land with an area of 14319 ha. The large area of TUZ on peat and peat-muck soils creates meadows of an average quality. Gradual soil degradation is observed, caused mainly by a significant reduction in their use by farmers. This applies to objects "Puckie Błota", "Moście Błota" and "Bielawskie Błota". The municipality has numerous watercourses and river basins with estuaries in Puck Bay of Baltic Sea such as Płutnica, Reda, Czarna Wda, Gizdepka rivers and Błądzikowski channel (struga Błądzikowska). Forests and afforestation cover an area of 7557 ha, witch some local areas being a subject of special protection and is a part of a landscaped park, numerous nature reserves and protected landscape areas. Peat and podsolic meadows aw well as the coastal zone is stronghold of grass vegetation and wetland, which is especially protected because many plant species, occur only in those areas. Since 2007 Municipality of Puck took part in 46 projects and gained external funds from numerous funds and agencies, i.e.: The Cohesion Fund, the Ministry of Sport and Tourism, the Regional Operational Programme, the National Programme for the Reconstruction of Local Roads, the European Social Fund, the Program for Rural Development, etc.

WaterPuck is financed by the National Centre for Research and Development within BIOSTRATEG III Programme "Natural environment, agriculture and forestry" devoted to the Problem Area I "Rational management of natural resources with special regard to water management".Project leader: Prof. Lidia Dzierzbicka-Głowacka, Physical Oceanography Department, Institute of Oceanology, Polish Academy of Sciences (dzierzb@iopan.gda.pl)